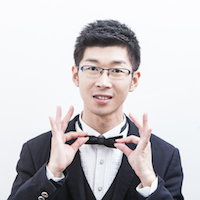 Caches are used on both the client and the server. The Microsoft Dynamics AX runtime manages the cache by removing old records when new records are added to the cache.

A server-side cache can be used by any connection to the server. The server cache is used when a select is executed on the server tier. If no record is found in the cache, it's retrieved from the database. The maximum number of records maintained in a server cache is 2,000 records per table for a given company.

Microsoft Dynamics AX database record caching is a performance-enhancing feature that helps avoid database access when it's not strictly necessary. Retrieving database records from memory instead of the database significantly speeds up data access. Caching can reduce the performance penalty for repetitively accessing the same database records.

Caching is transparent to the application; however, it's important to know how caching works to optimize its performance in Microsoft Dynamics AX. Following are the types of caching:

Single-record caching has the following characteristics:

Set-based caching has the following characteristics:

Record caching is enabled for a table when all the following statements are true:

The fields in the table's unique index make up the caching key. A record is placed in the cache when the following criteria are met:

The table's CacheLookup property defines how and when records are cached as shown in the following table.

The Found and FoundAndEmpty caches cross transaction boundaries. The NotInTTS cache is newly created inside a transaction. This example, modified for the purposes of this topic, demonstrates how records are retrieved from the cache when the table's CacheLookup property is set to NotInTTS, and thePrimaryIndexproperty is set to a unique index on the AccountNum field.

If the table CacheLookup property was set to Found or FoundAndEmpty, the first select statement inside the transaction (after the TTSBegin statement) would retrieve the record from the cache.

When you set a table's CacheLookup property to EntireTable, all the records in the table are placed in the cache after the first select. This type of caching follows the rules of single record caching in which theSELECTstatement WHERE clause fields must match those of the unique index defined in the table'sPrimaryIndex property.

Avoid using EntireTable caches for large tables because once the cache size reaches 128 KB the cache is moved from memory to disk. A disk search is much slower than an in-memory search.

An EntireTable cache is flushed whenever an insert, update, or delete is made to the table. At the same time, the AOS notifies other AOSs that their caches of the same table must be flushed. After the cache is flushed, a subsequent select on the table causes the entire table to be cached again. Therefore, avoid caching any table that's frequently updated. Regardless of when updates are made, EntireTable caches are flushed every 24 hours by the AOS.

The cache is created on the server and is only accessible by the process that creates the cache object. Once the cache is instantiated, all select statements are issued against the cache, as shown in the following

Due to concurrency issues, the forUpdate keyword on the instantiating X++SELECT statement should only be used when all of the records in the result set will be updated. Otherwise it's a better strategy to use selectforUpdate only for the records that are to be updated.

The cache created by the RecordViewCache class stores records in a linked list. Therefore Microsoft Dynamics AX searches the cache sequentially for records that match the search criteria. If the SELECTstatement contains anORDER BY clause, a temporary index is placed on the cache and the runtime uses the index when searching records.

When deciding which table is suitable for EntireTable caching in Dynamics AX, the rule is the 128k size limit (http://msdn.microsoft.com/en-us/library/bb314630(v=AX.50).aspx). With the note in MSDN - "Avoid using EntireTable caches for large tables because once the cache size reaches 128 KB the cache is moved from memory to disk. A disk search is much slower than an in-memory search.", so, how do we decide which table should be cached? The easiest way is to look at the page count of the table itself. In SQL Server, 1 page == 8kb, which means 128k == 16 pages. With the help of 'sys.dm_db_index_physical_stats' we can list out all the tables that is less than or equal 16 pages, these will be the candidate for further analysis. Do not change them all to EntireTable CacheLookup, there're further analysis required.

If the system is still in implementation phase, most likely the data is quite crappy, insufficient, or with just a small set of test records, they're not helping in decision making. With the list of tables returned from the above query, do further analysis and ask yourself:
- Is the table potentially growing larger over time?
- Are the data quite static? (avoid doing EntireTable cache on small table, but has high change rate)
- Is the table (unique) index correctly set? (Eg. to the ::find() method or other query's unique criteria)

There's one thing that I'm not quite sure yet, that is whether the 128k limit is per index or per table.
You can test it out by capturing the trace and look at it with Trace Parser.*NOTE: The query took around 30 minutes to run on my system (~500GB database), you might want to choose a better timing to run it.

To run the query against one single table, replace the second parameter to the object Id of the table.